1 John 1:6 ESV
If we say we have fellowship with him while we walk in darkness, we lie and do not practice the truth.

Fellowship was a word not used by the secular writers of the day. It meant to have intimacy with God. This was a foreign concept to both the Jews and those of other religions. But Christians understood the gospel meant that they now have access to the Father through the Son. The literal and figurative veil was torn at the death and sacrifice of Jesus Christ. The resurrection and the following receiving of the Holy Spirit guaranteed and sealed their fellowship. The Holy Spirit is our internal guide. He is our Truth. Our True North. We might “say” we are intimate with Jesus. We might even go so far as to “say” we love Him and think He loves us back. The give-away that this warped sense of reality is, in fact, not true is when someone who claims Christ as the one they follow also practices unrighteousness.

The word here in Greek is περιπατέω which is transliterated as peripateō which means to walk, however the Hebrews used this word to mean the conduct of one’s life. I realize that we often speak of ourselves or others as having lost their way. But John is clear when he says if someone says they are a Christian but the conduct of their life is counter to God’s word, then they are not a Christian. At. All. I will say it again, as I have said in multiple other posts: Satan has had thousands of years to perfect the art of deception, and you better believe he is excellent at his craft. Don’t believe the lie he is telling you. Start looking at your life through Truth. Through what the Bible has to say. Please do not lie to yourself thinking you are better than the next person. What are you holding on to? While you may be a “good person” what does that actually mean? I want to give you some solid examples rather than leave this up to interpretation. Here is a very short list of typical claimed-as-non-sin “sins” people commit in entitled America who call themselves Christians but are actually not.

TYPICAL LIE #1
You are sleeping with your girlfriend or boyfriend. (I am going to expand on this first one just a bit so you can see what I mean). You have somehow justified this law as either antiquated or you are engaged or in the eyes of God you are already married.

I remember having a long conversation with an older man in my neighborhood who identified so strongly with Jesus and was extremely involved in his church. He was divorced with kids and was dating another woman from his church who was also divorced with kids. Somehow in the conversation he mentioned three things. 1. They are living together. 2. Yes, they are sleeping together but they said vows to each other so in the eyes of God they are married. 3. They are not getting along so he thinks he is going to break up with her soon. WHAT??? I could have just let it alone but I called him out on his obvious erroneous thought process. He has believed so many lies and was living one HUGE lie after another. He sort of ho-hum agreed with my rebuke and I never saw him again.

A friend of mine believes the man she is marrying will “come around”. She says he promised to come to church with her and she is hopeful he will get saved soon. She also says that she can walk down the isle, say her vows, and then ask God to forgive her for going against His word by becoming unequally yoked. How are all these lies are becoming truths? Satan is just that good. She is no longer speaking to me.

TYPICAL LIE #2
You call yourself a “cussin’ Christian”
What does THAT mean? Well, you say bad words. Often. Or perhaps you use the Lord’s Name in vain and really don’t think much of it. Sorry, you are living a lie.

TYPICAL LIE #3
You chase money. You tell yourself it is not money that is bad, it is the LOVE of money. While yes, that is true, it is still a lie. If you are chasing money and using that line to back up your idol, then again you are living a lie.

TYPICAL LIE #4
You are a prayer warrior. Your gift is not evangelism. You leave that to people who are gifted at talking to strangers or who are gifted at sharing the gospel with others. Usually that gift is for pastors and people in full-time ministry. Again, a HUGE lie. We ALL are commissioned to spread the gospel. ALL.

TYPICAL LIE #5
You consider yourself a normal Christian but you have friends who are Jesus Freaks. You reserve that name for the really intense Christians in your life but that is not you at all. You fit in. Your way of witnessing to others is by not being crazy, because who is really going to respond to that anyway, right? LIE!! Being a Jesus Freak does not mean being out of your mind crazy, it means living a life that is counter to how the world lives. Living based on the Bible. Yes, that would most likely put you in the Jesus Freak category, but not in the, stand-on-the-street-corner-holding-an-end-of-the-world-sign crazy. Make sense?

TYPICAL LIE #6
You attend church, you read your Bible as often as you can, maybe a few times a week, maybe every day if you remember. You go on short term missions, or you tithe or give offering to the church. You made a profession of faith when you were 13, you got baptized and you are from a Christian church. I realize not all of this describes you, but some of it may. Christianity is not a checklist. While you may do all these things, they do not, in and of themselves, make you a Christian. Check your growth. Check your fruit. This lie is one of the BIGGEST there is.

2 Corinthians 13:5 ESV
Examine yourselves, to see whether you are in the faith. Test yourselves. Or do you not realize this about yourselves, that Jesus Christ is in you?-unless indeed you fail to meet the test! 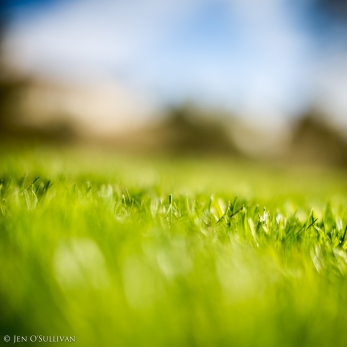 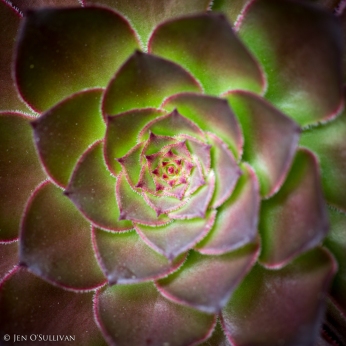