While it has become a popular thing to celebrate among Evangelical Christians, Ash Wednesday and the Lenten Season is not something we should be too keen on celebrating. Most do not know that it is a medieval ascetic practice. An ascetic practice is when we try to discipline our body by putting major restrictions on it in order to achieve a higher spiritual state. With Lent, we are to fast for 40 days, or as it has changed in modern times, give up something that may be hard to give up. Lent in it’s original context as given by the Catholic church calls for very specific areas of asceticism.  (CCC § 2043) The fourth precept — “You shall observe the days of fasting and abstinence established by the Church” — ensures the times of ascesis and penance which prepare us for the liturgical feasts and help us acquire mastery over our instincts.”

While I am not saying to practice Lent is a major sin, you need to see what the New Testament says concerning how we should proceed. It is important to weigh any and all “church tradition” against scripture and hold fast to scripture far and above what man tells us to do. What I am calling for is a “take back” of what it means to “take out” Satan in an area of our lives. There are things that the world has bastardized and I feel strongly about redeeming things when necessary. This may be an instance of redemption of terms. Let’s take a look at what God says:

Now the Spirit expressly says that in later times some will depart from the faith by devoting themselves to deceitful spirits and teachings of demons, through the insincerity of liars whose consciences are seared, who forbid marriage and require abstinence from foods that God created to be received with thanksgiving by those who believe and know the truth. For everything created by God is good, and nothing is to be rejected if it is received with thanksgiving, for it is made holy by the word of God and prayer. (1 Timothy 4:1-5)

Therefore let no one pass judgment on you in questions of food and drink, or with regard to a festival or a new moon or a Sabbath. These are a shadow of the things to come, but the substance belongs to Christ. Let no one disqualify you, insisting on asceticism and worship of angels, going on in detail about visions, puffed up without reason by his sensuous mind, and not holding fast to the Head, from whom the whole body, nourished and knit together through its joints and ligaments, grows with a growth that is from God. If with Christ you died to the elemental spirits of the world, why, as if you were still alive in the world, do you submit to regulations— “Do not handle, Do not taste, Do not touch” (referring to things that all perish as they are used)—according to human precepts and teachings? These have indeed an appearance of wisdom in promoting self-made religion and asceticism and severity to the body, but they are of no value in stopping the indulgence of the flesh. (Colossians 2:16–23

Taking back Lent really only means we are considering the original intent of why a group of men decided to ask their congregation to practice this in the first place. We must also consider these passages:

for while bodily training is of some value, godliness is of value in every way, as it holds promise for the present life and also for the life to come. (1 Timothy 4:8)

But I discipline my body and keep it under control, lest after preaching to others I myself should be disqualified. (1 Corinthians 9:27)

And he said to all, “If anyone would come after me, let him deny himself and take up his cross daily and follow me. (Luke 9:23)

CONSIDER THIS: Jesus came and lived among us as a man. Think about that for longer than a second or two. Would the President of the United States ever decide to go live in the slums of New York? Or would the Queen of England give up her comforts in the Royal Palace to live with the servants? NEVER! But God did just that. He gave up everything, EVERYTHING, to live a life we could never live and die the death we deserve. This Wednesday is Ash Wednesday. Not every Christian group observes this season, but this year I am encouraging you to look at what it means and why so many people “give up” something for the Lent Season (40 days leading up to Easter, technically 46 counting Sundays). People give up things for various reasons based on self-denial, penance, fasting, reducing sin, etc., etc. I often hear of people giving up things like chocolate, favorite foods, sugar, alcohol, procrastination, lying, gossip, road rage, and all sorts of other “things” that tend to spike sin or give us pleasure. While I suppose these are good ideas I’d like to look at some ideas that may be a better consideration to bring you closer to God.

As I mentioned, Jesus came and gave up everything. Satan tried to tempt him over 40 days with all sorts of things. He is the great deceiver. For us Christians he is no longer the great deceiver, but is most definitely the great distracter. He has figured out how to get us distracted from our work, distracted from our first love, distracted from serving God only. What is your distraction? TV? Facebook? Instagram? Strava? Sports? iPad Games? General Cell Phone Use? What takes your time? Look at your days and your week. You sleep 8 hours, you work 8 hours or are a full time mom, you do other life things like commute, eat, shower for about 2-4 hours. What do you do for the other 4-6 hours a day? Only you can answer the item that is a thorn in your side at this moment. What is your distraction? What do you tend to get sucked into? OK, do you have it? Write it down right now. Stop reading and write it down. (PAUSE)

I challenge you to give that up now. Don’t consider it a Lent activity, but commit to break the hold Satan has on you in this area. But don’t just give it up and replace it with something else. Replace it with time with God in prayer, reading His Word, serving or in outreach. If you are giving up a large chunk of time, like 3 hours a day of TV, then break it up. Read your Bible for an hour a day, read a book about theology, and pray more. If this is too large to handle, then take the 3 hours and give half to God. Watch TV for only an hour and a half, and spend the other time with God. Same with athletic training. If you still need to train, consider taking a portion of that time and giving it to God. Figure out something that is doable but that is still a sacrifice to you. It should not be easy. Then do it! Constantly remind yourself of all the things Jesus gave up for all of us. If you are brave, I encourage you to comment below with the item that you want to give up. The benefit is that we will all be praying specifically for you to stay strong. Let’s do this together and honor God in our sacrifice. Let’s not allow Satan to win his war on the saints of distraction warfare. Place God first! Resolve today to become a better ambassador, a stronger believer, a more faithful Christian. 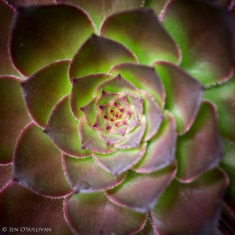 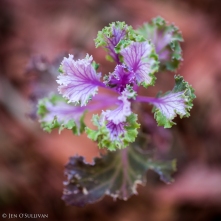 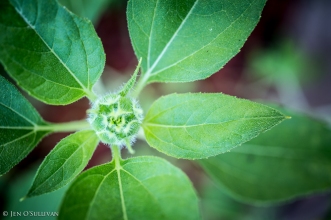 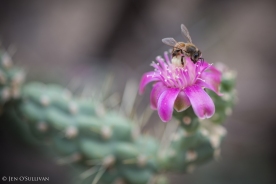